How I Became an Informercial Spokesperson at age 21 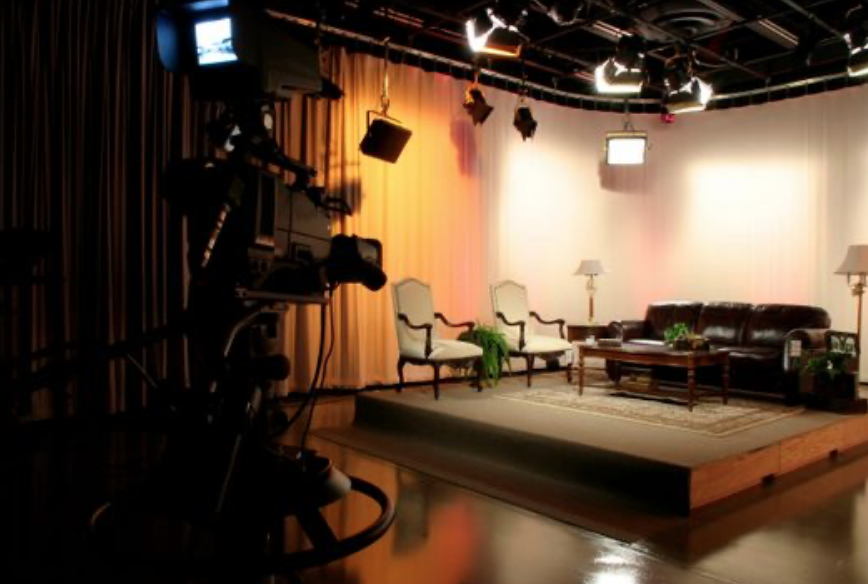 It was 1997 and I was in working on my undergraduate degree in communication. I just landed a job at a radio station in Fort Lauderdale where I sat in a 10x6’ room with 5-6 other people calling loyal listeners to survey them on the latest radio playlist. It wasn’t glamourous but as a communication major I was proud to finally have a job “in my field” at a popular radio station.

Having entrepreneurial parents, I lived through both the prosperity of being a business owner as well as the struggle. As I recall, those days were somewhat of a struggle.

After selling our restaurant franchise location, Miami Subs in North Lauderdale, my parents were looking for their next opportunity. Then one night they witnessed a late-night infomercial for a real estate program. The concept was simple, you buy a property for almost no money down, fix it up and sell it before many payments were due. The informercial host urged viewers to come to his week-long seminar where you too could learn his system to create a career in real estate and make money – lots of money.

If there’s one thing I’ve learned about entrepreneurship as an adult, it's that you have to get creative sometimes. And that creativity (or risk) might sound crazy or stupid to other people. As an entrepreneur you have to get used to that, listen to your intuition and make decisions with conviction.

We went from restauranteurs and franchisees to house flippers before “flipping” became mainstream. While the house flipping business grew to +80 properties, my entrepreneurial family kept their eyes peeled for opportunity. A few years later when they got a call from the real estate informercial guy himself about a start-up opportunity, they dove in.

The new venture was centered around a little-known thing called the world wide web. And while we were aware of the Internet, we didn’t have access. That quickly changed. I clearly remember the first time I heard that screeching dial-up connection from our first box-style PC. It was 1997 and MySpace and Facebook wouldn’t be founded for 5-6 more years (in 2003 and 2004 respectively).

This time we’d make it BIG, we thought. We saw the opportunity and we were being brought in on the ground level! The company was called DigitalLand.com and it was a community for individuals and businesses alike. It was home to the first ever (as far as I know) “Do-it-yourself” webpage. We could sell Internet “space” to states, cities, communities and individuals worldwide. This felt BIG. It was BIG. We needed to take the gamble.

So we did, investing in the company initially and more over the months that followed. I had to quit my radio job to help by traveling to Orlando several times alongside my stepdad, Tony.

That’s when I met the infomercial-real estate-business-startup founder guy named Tom. He was working in a warehouse with a sound stage. Just him, two web developers and a camera guy. I remember him being a bit unkempt which I thought was strange for someone who appeared so wealthy on TV, but at 21 who was I to judge.

After he showed us the website platform and we tested it out, we had lunch and he asked me if I wanted to make a brief appearance in an informercial. I agreed and naively thought to myself, ‘wow, I’m really moving up in the world from radio to TV!’

As we made several trips back and forth from Boca Raton to Orlando, Tom told us that the spokesperson he hired to do the infomercial was a no show. He asked if I would I be interested in doing the whole thing? Um, what? I’m 21-years old and outside of TV and Film Production classes I didn’t know what I was doing. I panicked but said "YES!"

Tom and I created the script segment-by-segment (FYI: this is NOT a good way to write a script!) So, bit-by-bit I memorized and said lines to the camera. Then I’d sit in the edit bay with the videographer and we pieced together an informercial. Is this how he had planned to film with the so-called "professional spokesperson" he had hired? Hmmmm...

Once we completed the project, we entered the next phase – airing it. I recall it airing when most informercials were on -- late at night. Our call to action at the end of this “show” was to sign up for an event at a local hotel in the Ft. Lauderdale area to hear how "you too can get a 'Do-it-yourself webpage'.”

By that time, I was starting my next semester in college and had all but forgotten about the infomercial. In the midst of my research at the library one day, a fellow college student came up to me and said, “Hey, I saw you on TV last night!” I was sort of shocked and replied, “Really?” I will always remember the next thing he said… “What are you doing here!? You made it!” He wasn’t joking. He really thought my appearance on the magical medium of television was a game changer for me. He saw me as someone with influence. Speaking on camera today wields the same power, perhaps even more. It gives you a certain level of instant credibility -- when you do it well.

College life continued for me and then years later, while listening to the Beastie Boys, I heard these lyrics… “Like two sealed copies, of Expansions. I'm like Tom Vu with yachts and mansions.”

Turns out the Tom Vu I knew was part of pop-culture. And if you weren’t watching late-night infomercials in the late 80’s and 90’s, you might not know him. A quick check of his Wikipedia page says he is a "Vietnamese American who promoted seminars in which he promised to teach people how to become “wealthy” through his $16,000 real estate course."

A few of his famous quotes are:

According to Wikipedia, Tom is now a professional poker player in Las Vegas and has won more than $1.9 million.

So, why write about this story now? Because when you go into something with one outcome in mind and you don’t get what you had hoped for, you still walk away with great learning and experience.

We didn't hit it big from the Internet start up. But this experience has become an invaluable part of who I am as a person and as a business owner -- ethics and integrity are of paramount importance not only in my work but it extends to those with whom I choose to collaborate.

This journey taught me to lean into things that scare you, say yes and then figure it out, reframe failure because there is no win/lose, there is only win/learn. It also reveals how important it is to think critically, listen to your intuition, and ask lots of open-ended questions.